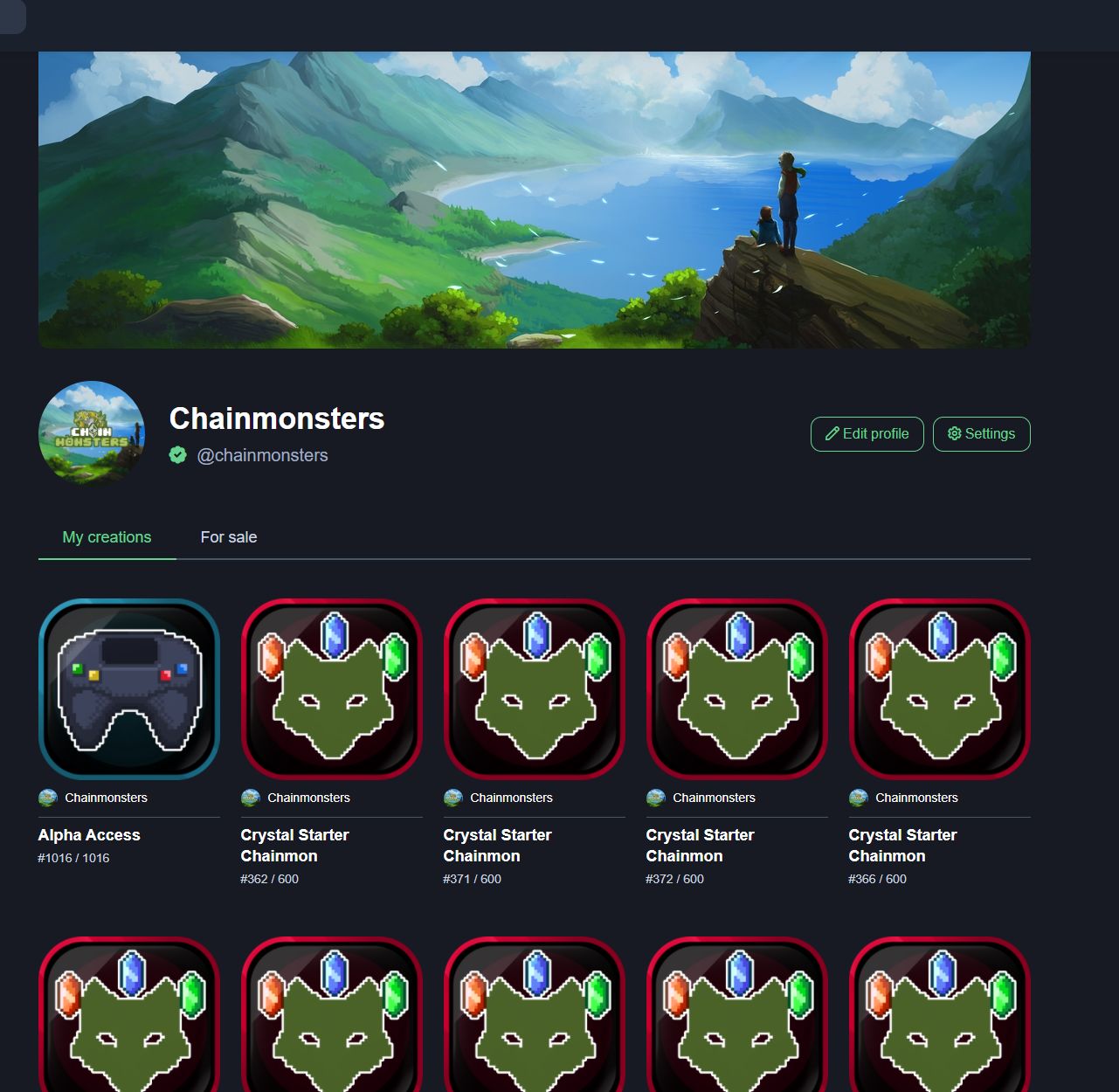 After our successful Kickstarter campaign we promised to deliver our exclusive rewards to our backers and supporters as quickly as possible. Today we can announce that we have launched on Flow mainnet and reward-NFTs and items have been distributed to all our supporters!

We would like to use this opportunity to formally announce our partnership with VIV3 - the digital goods marketplace on Flow blockchain.

Here players can start trading their exclusive rewards with each other and we are also dropping a few super limited crystal Chainmons as well!

If you are trying to get a full Crystal Set of 9, (3 starters including 3 evolution stages each) then you gotta be quick since the total supply is limited to 600(!).

This particular NFT acts as a voucher which you can swap for a starter of your choice once the monster-specific contracts are on mainnet.

As announced during and after Kickstarter, our NFT distribution followed a few simple rules:

We have about ~200 crystal starters left which will be fully distributed over the coming 2 years, some sold, some auctioned off, some given away as tournament prices.  The first ~400 serial numbers were distributed to the Kickstarter/Webstore backers just as promised.

We minted a total of 3912 NFT. Most of them are highly limited in total supply. however not all of them were sold yet(!) - here is the current distribution and total supply for each NFT-Reward:

However, purchases from our webstore do not grant an Alpha Access NFT and instead create a game account for your automatically.

To learn more about the game please take a look at our Kickstarter page https://www.kickstarter.com/projects/cinetek/chainmonsters