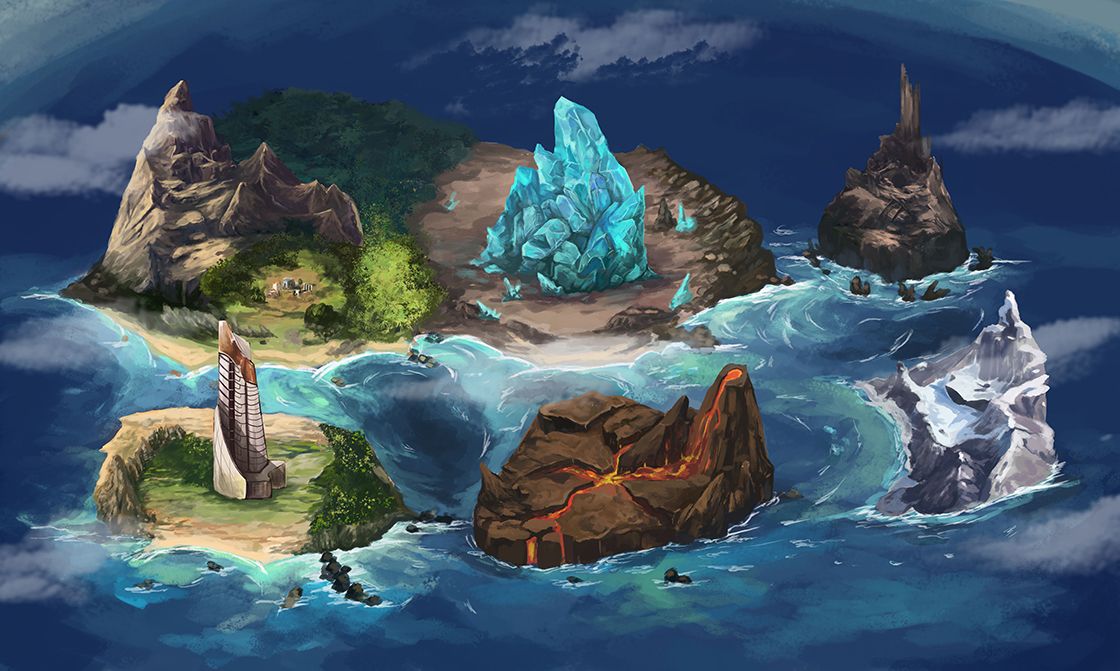 First of all, February has been incredible crazy! We not only crossed 2.000 players/backers so far thanks to our online store (https://playchainmonsters.com/store/) - that is 600 new Alpha backers this month alone(!), we also achieved most of our internal development targets for February's Sprint (expected progress)

We are close but due to the sheer complexity of the project, merging Kickstarter backers, website pre-orders and digital NFTs together, we have to open up the Closed Alpha in multiple phases.

We are launching the account system where backers and pre-orders can register and manage their game account. Some people have changed their email from Kickstarter in the meantime so this will be a two step process and ensures that everyone is up to date:

If you have pre-ordered on our website then we will send an email to the one you used to do the purchase with adjusted instructions.

You can see your Kickstarter digital rewards including Alpha Access etc in your account. For extra security you *can* enable 2FA (2 Factor Authentication)in your settings if you wish.

Enabling of marketplace functionalities - you will be able to send your additional Alpha Access keys/NFTs to your friends but also trade some of the exclusive items with each other already!

As promised, we are also dropping some of the remaining crystal starters on the marketplace where you can purchase them directly from us. We only support USDC at the moment and will enable you to load up your account's balance earlier on and also tell you the price point for those beforehand.

If you have pre-ordered the game on the website then you will receive a special key to unlock your alpha access into your account. Kickstarter backers and those who own "Alpha Access NFTs" will need to go to their account, choose one of them and click a "Claim" button. This will automatically grant you Alpha Access and remove/burn the selected token in the process(!).

You can then download the Closed Alpha on iOS (Testflight), Android and Steam directly through a link from your profile. Remember, you can play on ALL platforms using just one account as long as it is not currently logged into another session.

So without further ado, here is what our team has accomplished in the last 30 days!

Our art director Lena has been working on our new base-tileset to be used for the basic layout and structure of the whole game and each area - the world is divided into multiple islands on Ancora so each one should have a special look and feel to it. However, the water - which you can travel on by the way(!) - is more or less the same so we established 3 different water-sprites to be used for beach, shallow- and deep water.  This will be overriden by e.g. lava on the Firelands area of course!

The game server and Unity-client side of things have been working closely together to create our brand new Battle System 1.0. More on that in March when we have added the visuals!

Max K. - our network architect has finalised the first server deployment on Unity's Multiplay architecture and we do expect to have our own internal game server running in the next 2 weeks!

Harshad has been going crazy on the new Quest and Dialogue System - we are utilizing a heavily modified version of Ink https://www.inklestudios.com/ink/ which is a visual scripting language tool - we pretty much integrated this into Unity, created a custom parser and added quest-system logic. The great thing is that is allows us to visually design a new quest and/or dialogue in the standalne editor... that sounds pretty kewl for a development stream..

But wait! There is more!

You have asked us about the Monster Stats and here we go:

Traits are special modifiers that have mainly additional benefits but can sometimes reduce strength.  A monster can have up to 2 traits. Usually it starts with one and through various actions including leveling, item use and other mechanics it can gain a second one.

Some traits are in effect during leveling while others just add a base modifier to e.g. attacks  SPs have fixed bases for each individual Chainmon species, most range from 30-60. They get enhanced by a monster's individual IVs.   Each ability has a fixed SP cost which enables us to design powerful abilities with high SP costs in mind.  If a mon has no SPs left, it has to pause for one turn to regenerate half of the max SPs. This can be influenced by items and/or traits

Instead of classic monster types, there are 9 elements in the game, each home to a different island/area.

As battles in CM are always 2vs2, you can actually chain/combine attacks one after another, creating strong and powerful "elemental reactions" that truly influence the battle. If a Chainmon has been hit by a pyro ability and the second attack in the same turn or the one after is a Hydro elemental attack, the "vaporize" elemental reaction is triggered, dealing 2x hydro dmg - combined with a cool visual effect.

We truly believe that these major changes to the usual monster taming battle system are a huge deal and we can't wait to see and test those with your together in April!