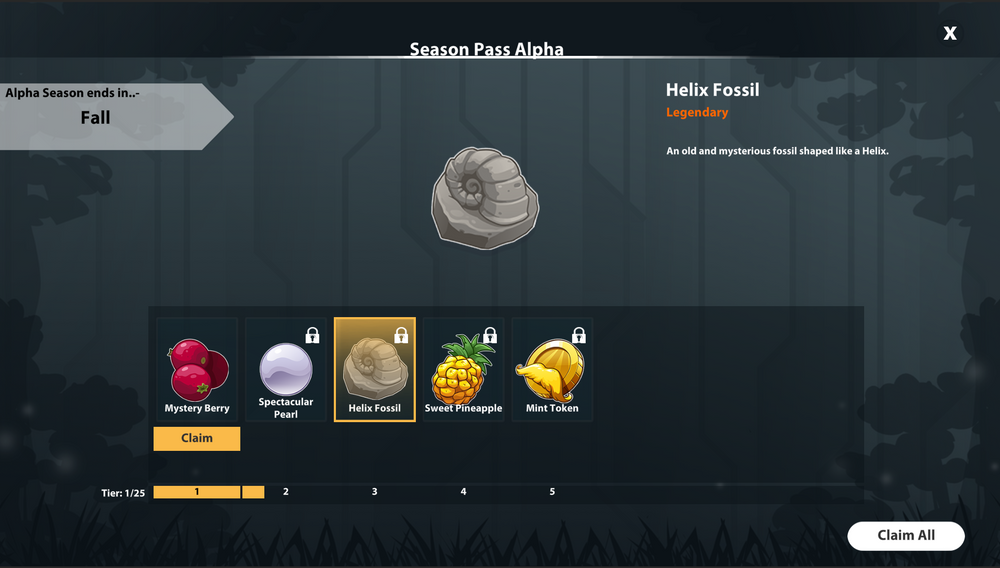 Start downloading the Alpha 5.1 update, watch how to unlock the Season Pass and be prepared for launch!

Start downloading the Alpha 5.1 update, watch how to unlock the Season Pass and be prepared for launch!

If  your game looks like this, then you are all set and ready to go on Monday 10am CET!

Watch how to unlock the Season Pass

You complete the intro, quests, open chests and pickup the berry in order to gather enough Season Pass EXP for all 5 Season Pass Tiers. You need to manually unlock each tier yourself otherwise it won't appear in your inventory. Depending on the amount of players on Monday it could take between a few seconds and minutes until they appear on the website in your inventory. After the intro for example you can unlock the very first tier. Not all actions grant the same amount of Season Pass EXP so you might want to check your Season Pass after each action.

Then the mint/serial numbers are first come first serve - if you happen to be the first player in the world to claim them then you are very likely to receive a super low serial in theory. In practice, we could have 5000 players trying to unlock the Season Pass simultaneously so the final result will only be visible until your items have been processed.

Due to the way Flow blockchain works the order of transactions is not guaranteed to if we process say 30 mint transactions then it is 100% random which one gets minted first.