Alpha 5 and mainnet on Monday! 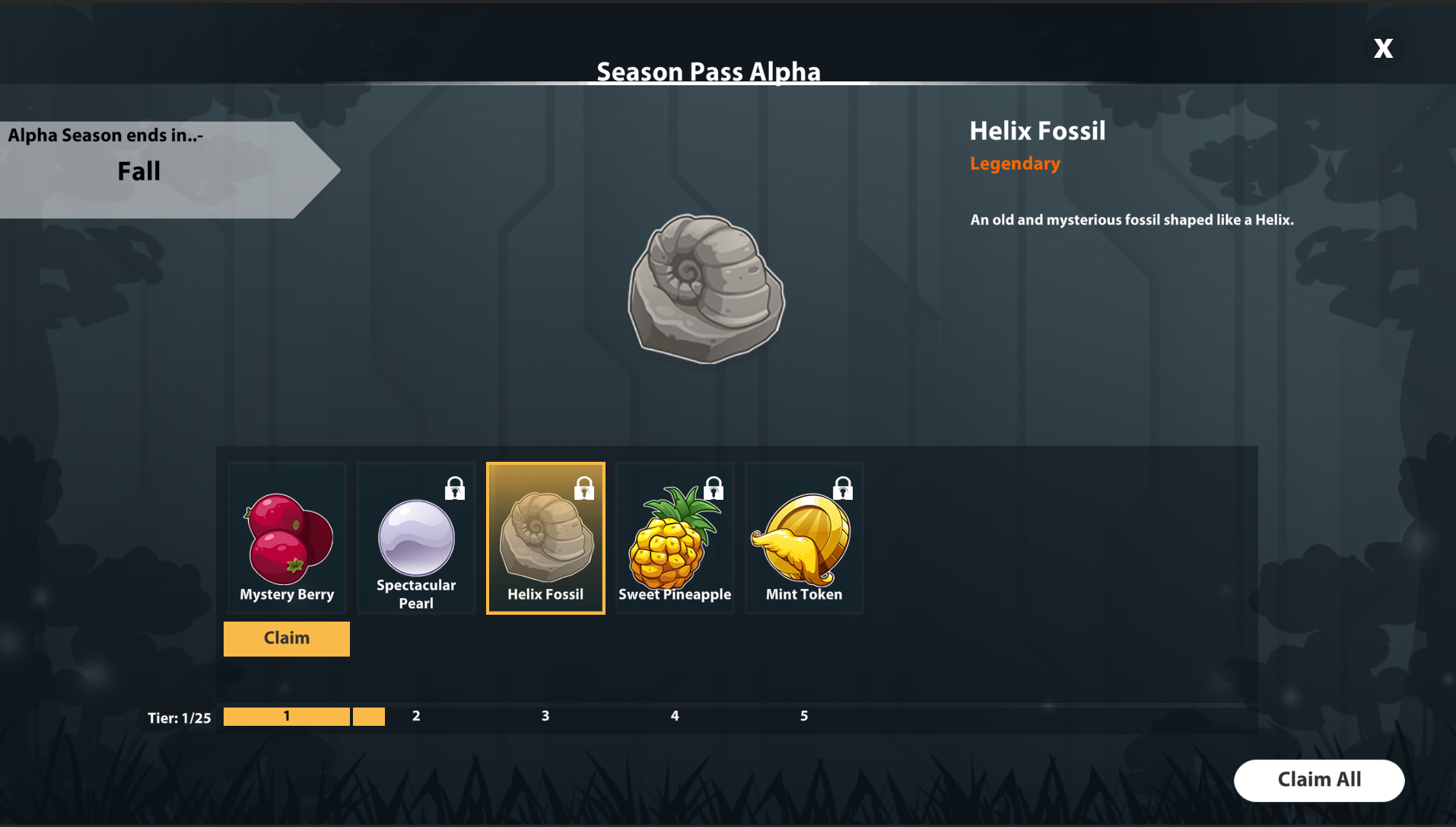 This Thursday 11am CET we are launching Alpha-5 to the public.

It is time! Apologies for the slow blog posts but we are reeeeaaaallllyyyyy close on multiple updates, the game, the marketplace, beta and marketing preparations, game scaling etc etc.

And the best part? This month is full of updates!

Starting off with Alpha 5.

This Monday 10am CET we are launching Alpha-5 to the public. Featuring the Season Pass, Flow Blockchain mainnet switch, various buffs and nerfs to abilities, monsters and elemental reactions, improved battle feedback, 3D battles, 3D player-camera, and much much more!

Each Season Pass - including the Alpha Season Pass - has various levels to unlock over time. For this special one, we have 25 alpha-exclusive rewards in store for you - divided over 25 unlockable season pass levels.

Later Season Passes will always feature a 100% FREE tier in addition to the PREMIUM tier. This enables everyone to unlock certain time-exclusive rewards like cosmetics, rare resources and additional items even if they are not technically owning the full season pass. Of course, the Premium tier will always have some special items so that it's worth it to unlock.

In order to transition to this state, we are now introducing the season pass system to the game.

Once Alpha-5 is available - Monday 10am CET to be exact - you can start completing the quests, earn Season Pass EXP and unlock/claim your rewards.

All Season Pass items are NFTs so you can trade them freely with each other. Keep in mind, not all items can be utilized in-game yet though.

Our LAST Alpha Update - this one is really important!

Featuring ALL Core Game Mechanics including but not limited to

We have spent the last couple of weeks and months on working on our core game systems. From massive multiplayer, to battles, to open world gameplay.

Thanks to every single one of you, we were able to gather an overwhelming amount of feedback that did influence the way we designed the game, mechanics and future features.

As mentioned in our last update: (https://www.kickstarter.com/projects/cinetek/chainmonsters/posts/3211141)

we are currently improving our level design workflows to enable much more larger areas and easier plus faster internal processes.

After our last Alpha update in early August when all (basic) game mechanics are implemented, we are transitioning into full content production mode.

Our art and design team will be spending all of August building levels, characters, quests and visual elements. At the same time our engineers and game designers are going through all existing features, polishing every little bit and piece of the full user experience to make every part of Chainmonsters visually appealing and enjoyable. This also includes a refurbished Quest-UI of course.

We are scheduling at least 30+ days for the last Alpha Update. So once Alpha-6 is available you can expect to have at least 30 days to unlock the remaining Season Pass rewards - and test the game in the process. (Due to moving beta marketing/launch schedules we expect a bit longer than 30 days actually)

And don't worry - obtaining the EXP required for the full Pass is not that hard nor does it take too much time away.

Well - in our Kickstarter campaign we estimated Q3 2021 for Beta launch. This is actually happening. As you may know, we are working closely with our partner Flow to make Beta launch truly huge and amazing.

Not only will Beta mean that the game will be available through Steam (Early Access), Google Play and the iOS AppStore (no longer Testflight!) publicly - but also that anyone can download it for free(!).

Over the past 10 months, we have been working with Unity Technologies on implementing their AAA-scaling solution Multiplay (Apex Legends, Fall Guys, etc) https://unity.com/products/multiplay

Our game servers have been built to handle thousands of simultaenous players with ease. Multiplay takes this to millions of players potentially. We will talk about this in detail in a shared blog post in the near future.

When Chainmonsters hits the public stores and can be downloaded and enjoyed for free all across the world, we want to be prepared.

There will be a "Road to Beta" blog/video series starting in August featuring various parts of the game from explainign the economy, monster stats, battles, technology and so much more.

From a content POV we are working on making the first full island available which includes many unique areas, Chainmons, quests, items and story plots.

If you have joined our "Early Access" task force then you will receive an early preview of the Beta content through Steam during August. Please note this does NOT give early access to NFTs nor items.