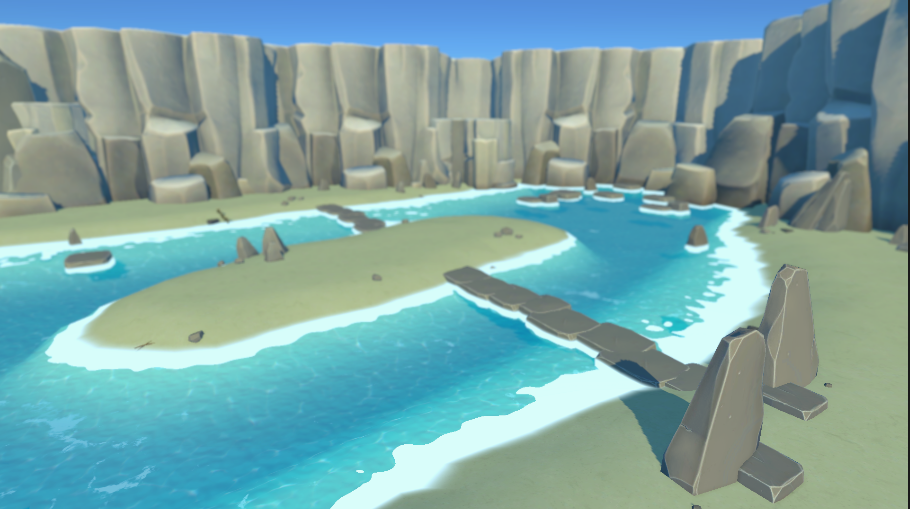 Alpha-6 is going to be our biggest gameplay and content update to date. Watch our reveal teaser and get a glimpse of what is about to come!

Alpha-6 is going to be our biggest gameplay and content update to date.

Without further ado, we let our Alpha-6 reveal speak for itself!

It has been almost a year since we launched our Kickstarter campaign, and more than 6 month since the first Alpha version.

We have now implemented about 80% of our gameplay mechanics and can now with the help of new partners and an extended team start ramping our game production up!

We also would like to announce that we have reached 30,000 players which is a number we did not expect to achieve before Beta! Thanks to everyone involved and we hope you enjoy the following updates!

We are proud to announce that Rocksalt Interactive is joining us on our journey to create the massive multiplayer world of Chainmonsters. Their experienced team is responsible for 3D assets including monsters, environmental props, general 3D objects and additional concepts.

At the moment there are 9+ people from their studio working on Chainmonsters including but not limited to concept artists, 3D artists and animators.

With our massive scope and their 10+ years-long experience in this industry we will be able to scale up our game production even further during Beta.

We are looking forward to a successful relationship for many years to come!

This brings our total team size to about 20 people working full-time on the game!

The game has now transitioned into their final state: Everything in the game world is created in beautiful and stylized 3D.

This does not only greatly lift up our visuals, it also makes content production dramatically faster, easier and more accessible for new team members.

Our old 2.5D artstyle utilized a ton of hacks to make even the simplest of things work. We can now unleash the true potential of Chainmonsters while making sure that the game is running even on lower-end devices.

The alpha cycle enabled us to experiment with our visual art, game mechanics and gameplay.

Alpha 6 is going to be our last update before Beta. And for that reason you can now finally do almost everything you ever asked for.

Use the replicator and (replicator-) charges to add wild Chainmons to your storage. Assemble teams and make them stronger through battles and resources.

Gain experience and level up

In alpha 6 you can finally unlock the full alpha season pass.

As our daily and weekly quest system is not quite there yet, you will need to complete story quests and gather Season Pass EXP by battling against wild encounters and other players.

Keep in mind that this is going to change for Beta but for now this will enable us to truly stress test our systems to make sure that everything is ready for Beta launch.