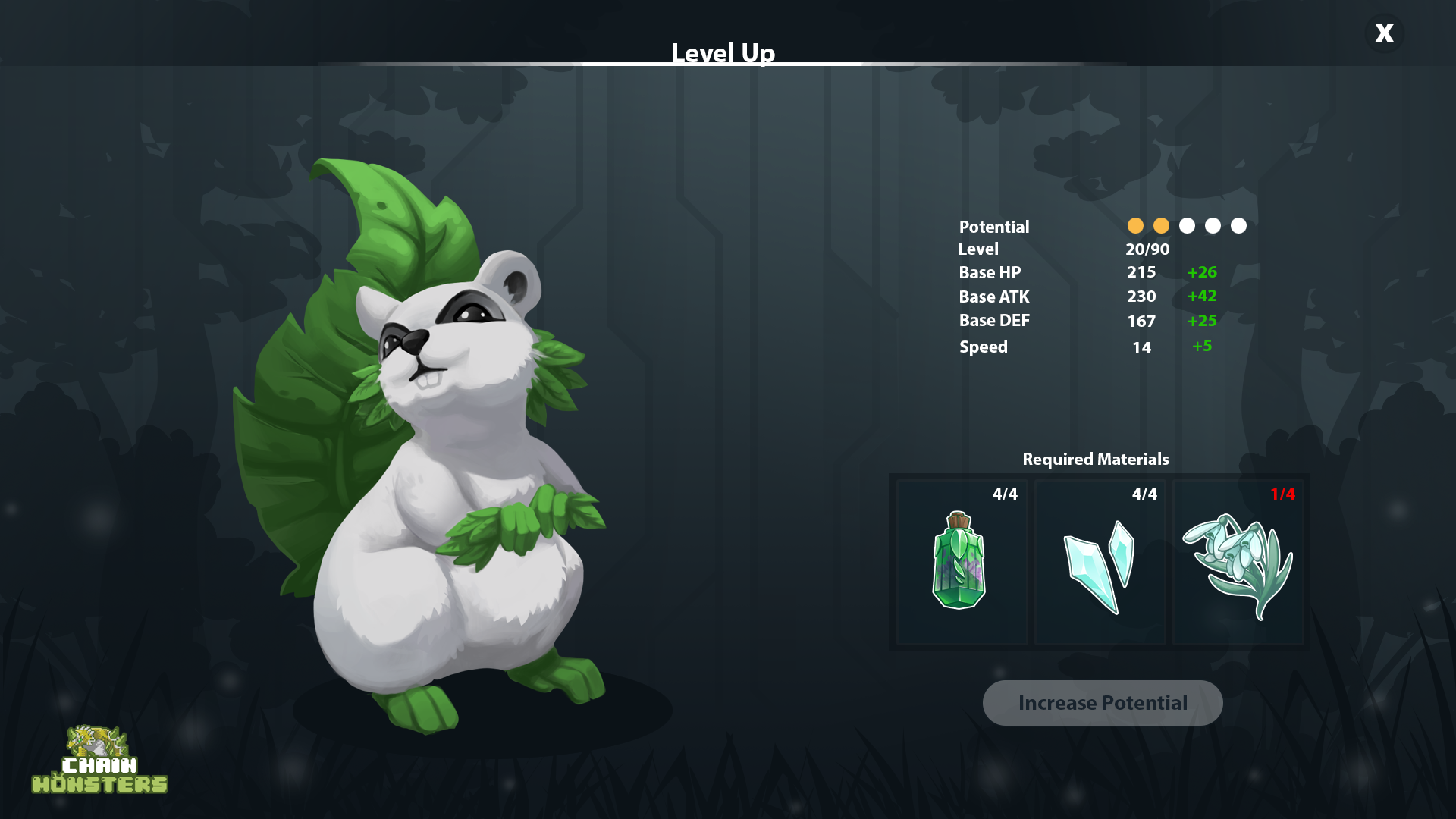 This is the beginning of our 4-part series looking into the core game mechanics and systems of Chainmonsters.

This is the beginning of our 4-part series looking into the core game mechanics and systems of Chainmonsters.

There will be 161 unique Chainmon species in the base game. Each species has a unique design and visual appeal. On top of that, each species comes with a unique moveset which makes each and every one of them suitable for various situations and team compositions.

Each Chainmon has 6 predefined stats. These are exactly the same for all Chainmons belonging to that species. Example: Chipleaf A & Chipleaf B will have the same stats if they both are the same level, same potential, and wearing the same gear.

Each species is connected to one of 8 different elements. Each element comes with it's own strengths and weaknesses against the other elements.

Every Chainmon can scale from Level 1 to Level 100.

Every 10-20 levels your Chainmons can no longer receive EXP and additional potential needs to be unlocked.

Base stats are dependent on the current Potential rank of a Chainmon. Additional stats are more or less static across all Potential ranks and levels. Instead, they are modified dynamically by buffs, help items (Gear) and other modifiers.

Base Stats are used in almost all calculations when it comes to battles and are the most important factor when it comes to scaling the strength of a Chainmon. However, this does not mean that a Chainmon with superior base stats compared to another is stronger per se(!).

Your Base Stats are therefore

When you upgrade your Chipleaf's Potential to Rank 2, you would end up with:

If your Chipleaf wore a gear item, e.g. the Hard Shell then this would increase their Base Defense stats during battle by an additional 10%!

Increasing the strength of a Chainmon

The basic gameloop for training a Chainmon and making it stronger over time is:

By participating in battles and feeding your Chainmons some candies, you can gain EXP and increase your levels over time.

Each Chainmon comes with a pre-defined set of 3 abilities:

2 abilities for their elemental type and 1 Ultimate ability that charges up during battle.

Each ability has a static base DMG and a DMG modifier that is part of the final damage output calculation and can be upgraded up to 15 times.

There will be a dedicated blog post about abilities in Part 4!

Next time we look at Potential and it's effect and mechanics in Chainmonsters!