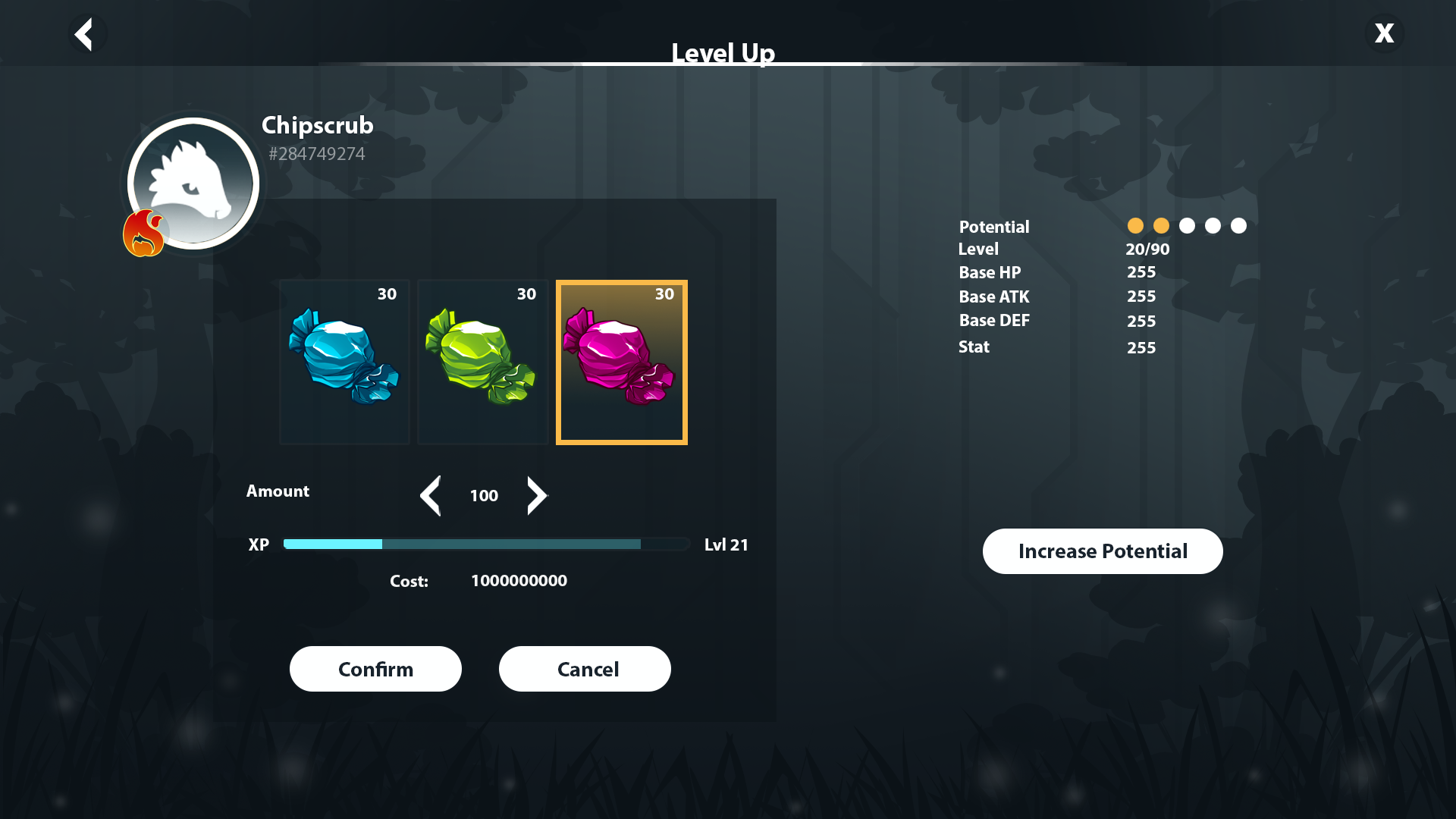 The traditional in-game economy including currency and items as well as the NFT-economy (also refered to as "Tokenomics").

As part of the traditional gameplay loop we have two different currencies in-game:

This in-game currency is earned by completing story and daily quests and sometimes part of special events and the Season Passes and is utilized to purchase standard in-game resources like Replicator Charges (catching devices), heal items and basic gear. These are offered by various vending machines and NPCs throughout the story. These items are NOT NFTs so you can only obtain them for yourself.

However, through crafting and alchemy you will be able to combine specific resources and materials into higher-grade and rare resources too - which then turn into NFTs. So even free players - given enough time spent in-game - can potentially create NFTs through various gameplay systems.

The amount of in-game resources you can purchase using in-game currency is however limited to the current content and state of Beta - some resources can only be obtained once per week or per month(!) or even once in a lifetime of an account which drastically limits the amount you can unlock at the very start and especially during the first few Beta versions of the game.

Also crafting and alchemy won't be available in-game until late 2021.

Through In-App-Purchases from Steam, iOS and Android you can use your platform's native storefront and payment methods (e.g. Apple Pay) to purchase bundles of premium currency which can then be used directly in-game to unlock e.g. the Season Pass and (in the future) time-limited drops and bundles.

We do NOT have a Chainmonsters token/ERC20/FlowERC20.

The game is focussing on NFTs entirely. In contrast to other NFT-projects our whole economy is based on various NFT types including permanent/collectible NFTs as well as consumable NFTs and their interactions with many different game systems and gameplay elements.

As an example, the Season Passes usually include a mix of consumable NFTs and permanent NFTs. Their supply is directly linked to the amount of players participating/owning and unlocking a Season Pass during a specific in-game season.

The Beta Season Pass includes a mix of 25-NFTs plus 75 additional in-game rewards including resources, currency and materials.

While each Season Pass contains some free tiers to be unlocked by all players, the most valuable rewards are locked behind the "premium" version.

From time to time there will be special and highly limited drops for example our Genesis Drop happening on Tuesday in less than 48 hours from now!

These drops have a highly limited maximum supply and cannot be unlocked or obtained in the game itself, which makes them especially rare and valuable.

A few examples for our NFT utility:

Each Season Pass includes a few Mint-Tokens which are consumed and required when you have caught a Chainmon and want to convert it into an NFT.

The mint process creates an NFT on Flow Blockchain that is connected to the current stats/levels/potential/etc of the given Chainmon. You or anyone else can then continue to upgrade and level-up the Chainmon until max-Level and Potential.

One (1) mint-token is required per Chainmon. Crystal and Amber Chainmons already exist as NFTs and do not need to be minted - they are also already Level 100 with all upgrades so you do not need to spend additional resources on them.

While in theory two Chipleafs with the same level, potential rank, ability upgrades and gear will have the same stats, there are some hidden specifications that eventually will make each and every Chainmon unique due to visual appearance...

Mint Tokens will gain its functionality within our first major content updates for Beta.

Upgrading the potential of a Chainmon makes it stronger and increases their base stats. This process requires various resources including gemstones (4 different rarities), flowers, boss materials and Chip-Dollars.

In the game itself you can find Common and Rare gemstones and you need to utilize crafting/alchemy to combine lower-grade gemstones into Epic and Legendary gemstones.

An epic or legendary gemstone automatically turns into an NFT.

Once a player has obtained such an NFT they can either use it themselves in-game or trade with other players.

During Beta we are introducing boss challenges and dungeons which are opening up once a week - and sometimes - once per month. These also exist in 4 different rarities. The epic and legendary ones only accessible in the late game stages of the game also automatically exist as NFTs.

Bosses and dungeons have various and dynamic "drop rates" for certain rewards, meaning sometimes you are lucky and get exactly the rewards you need for your Chainmons but other times you might end up with a reward that is not suited for your current team composition.

Eventually we are including challenges and achievements into the game. While they also grant some smaller rewards there are some "World-First" achievements which can only be unlocked by a single person in the whole world! These are 1/1 edition NFTs and reward those that master the game mechanics and e.g. defeat an endboss before anyone else!

As a free to play game Chainmonsters requires players to either spend a considerable amount of time in-game to earn/farm/unlock resources and materials through various gameplay systems. Shortcuts are primarily available through the use of the marketplace and our player-driven economy.

Players that obtain additional higher-grade resources and materials can sell them to other players directly.

As we are releasing all 161 Chainmonsters over time we expect a continuous supply/demand situation for those that simply do not have the time to farm and earn all required resources themselves through pure gameplay - as a 100% free to play player that does not spend any money you will be able to achieve everything eventually nonetheless. It will however take time and efforts.

Learn more about our drop in less than 48 hours from now here: