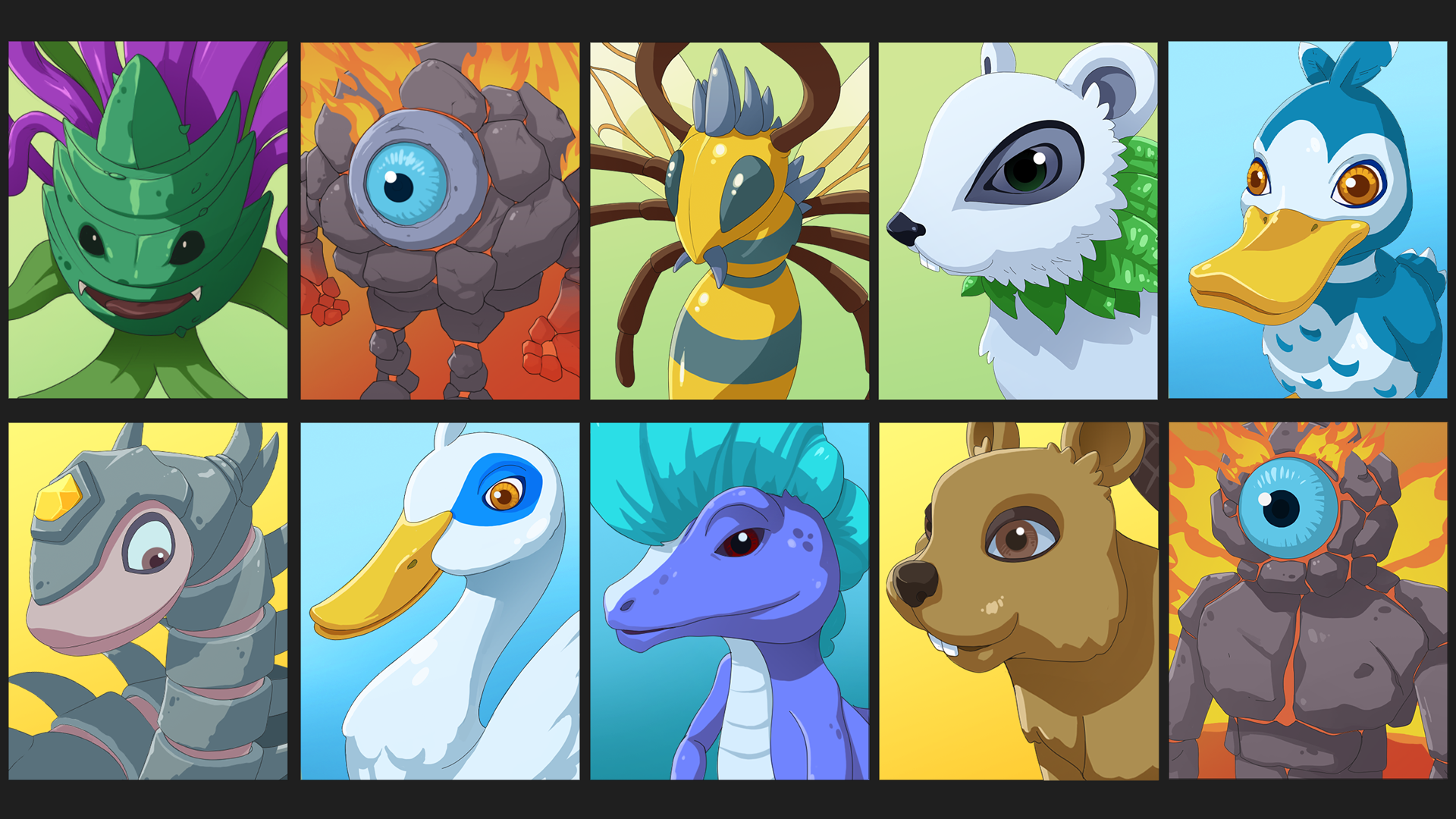 It's been a few weeks since our last major development update and we would like to share with you the current developments, news and behind the scenes looks about Chainmonsters!

It is our pleasure to announce that as part of our Beta Phase 2 cycle we are launching a free demo of Chainmonsters in the coming weeks for iOS, Android, PC and Mac!

This demo will stay online and available until our 1.0/main launch and should give anyone a good idea what Chainmonsters is all about.

The demo co-exists with our other Beta Phase 2 tests in the future but those will only be available for a limited amount of time for testing very specific elements and features one at a time.

Over the past months we have been looking into upgrading and adjusting our 3D Chainmons to make them fit more into our stylized game world.
The changes also enable a more friendly design, making them less rough and more fitting to their character/nature.

As part of our new UI we first revealed in our Beta Phase 2 reveal video, we are adding hand-drawn cards to the game that will be used in the Squad and Storage screens to manage your team composition.

Our previous Beta phase 1 unfortunately had to be turned down from a visual fidelity and quality POV on mobile devices, especially on Android. We are happy to report that - even though the game's visuals have been upgraded from the December/February versions again - the game is running at stable 30+ fps across all devices and will be tweakable for even higher visual fidelity in the future.

In order to visualize the story we have worked on a cinematic/cutscene system that accompanies our dialogues and character developments throughout the game. Many story quests and segments will feature animated sequences so having a robust system is key.

We are going to release the official Chainmonsters demo in the coming weeks - a release date will be announced once we are in the polishing state - making sure that the gameplay, graphics and experience is giving a mostly accurate look at how the full game is supposed to play out.

Having a highly polished game demo alongside some experimental, temporary Beta phase 2 tests will enable us to showcase the game in its best light while gathering super important feedback from early Beta testers!

Join our re-designed Discord to be part of our Community: