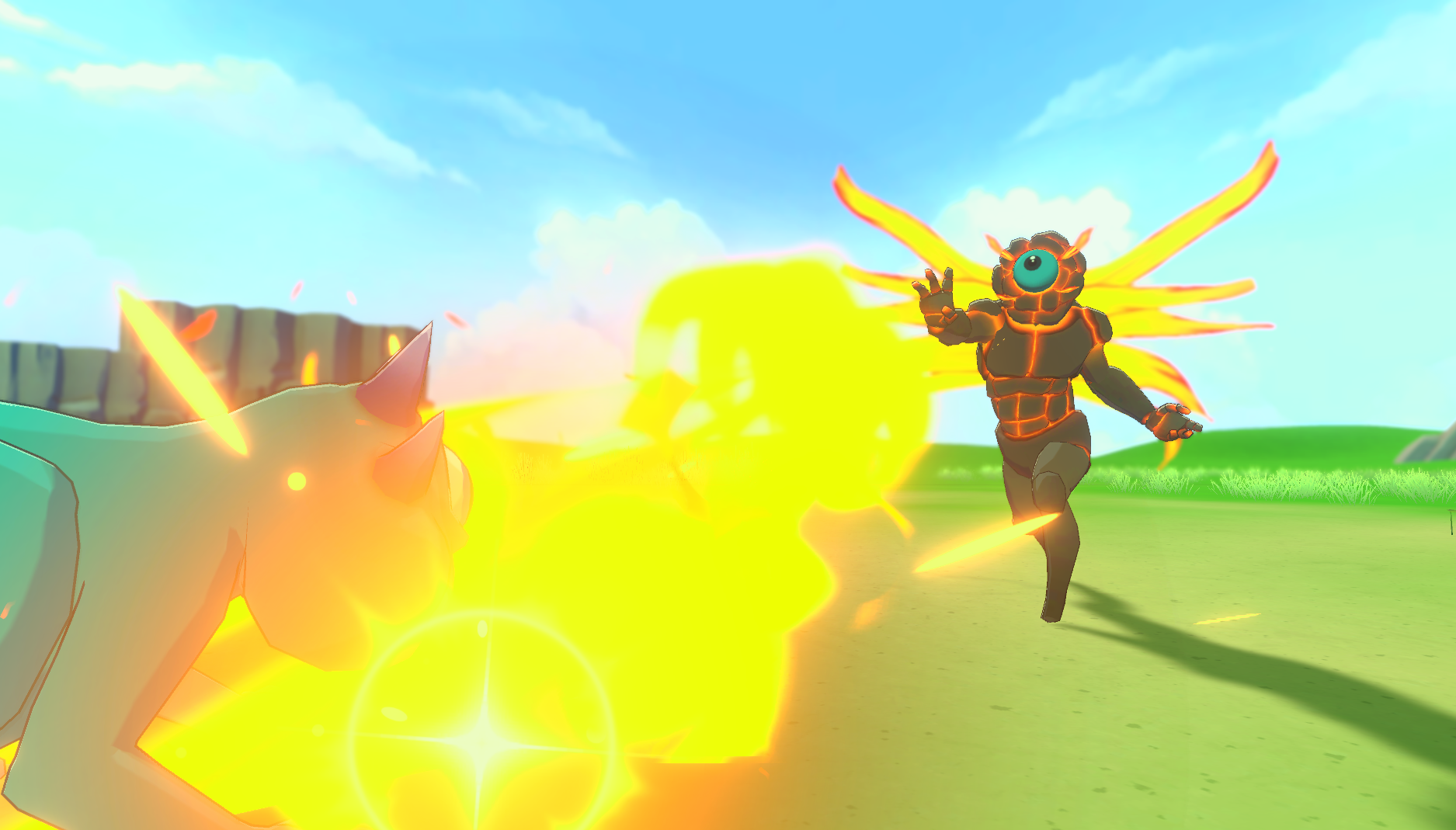 On Thurday October 6th 7pm CET / 10am PT the highly anticipated Chainmonsters Demo will be released to Steam, iOS (Testflight) and Android!

No access code or invite required! Just head to our website https://chainmonsters.com/ on Thursday evening/morning, download the game through your desired platform and press Play - your account will be created in the background without registration required.

Let's get into the juicy details now!

Running close to wild Chainmons may trigger their attention ("aggro") and makes them attack you! In this case you are pulled into a battle which happens right in the game world.

Every ability in the game is now empowered by awesome visual effects that make them feel unique and strong depending on the species.

Our massive multiplayer experience enables thousands of players to join the same server which are further divided into multiple instances of up to 100 players at the same time. We recently concluded some stress tests and... well.. it get's crowded!

(Screenshot taken on pre-demo mobile version fyi!)
Hence we have improved the user experience to hide player names outside your direct vicinity.

After you have completed the first chapter of the story you will be able to challenge other players to prove yourself.

Improvements to Graphics and Performance

Of course, thanks to new additions to the team we have also pushed up the visual fidelity as well as the performance on all platforms and devices!

Time of day cycles, awesome new environments and much polish went into the game since March.

The game is looking pretty much the same on all platforms and our minimum supported devices are running at stable 30fps!

In order to celebrate this major milestone of our development we have looked into the depths of N-Corp archives and found a huge pile of exclusive rewards that have been reserved from our previous Kickstarter and Genesis crowdfunding!
We are happy to announce that we are giving them away to everyone who downloads and plays the game demo!

Completing in-game activities like the story, quests and daily missions will reward you with EXP. Once you have enough EXP you can claim Raffle tickets. The more you have, the higher your chance to win in our weekly giveaways!

Rewards include Crystal Chainmon skins, Amber Chainmon skins, Kickstarter outfits, N-Corp jackets and beanies as well as Founder Tokens and Mysterious tickets!
(Please note that these were not added or duplicated but are taken from the previous crowdfunding pool, they remain strictly limited to their initial supply!)

Make sure to join the hype and discussion around the upcoming release and join our Discord!